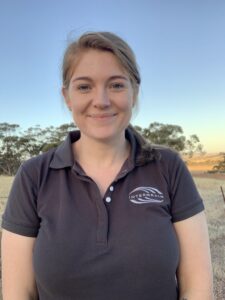 Shannen joins InterGrain having most recently worked at the Australian Herbicide Resistance Initiative (AHRI) and extension body WeedSmart as an integral member of the extension team. Prior to this position she was working at WA Farmers in policy and communications and also was the executive officer of AgConnect WA.

Shannen steps into the role of InterGrain Territory Manager for northern WA and will be based at the company’s Bibra Lake head office although will be spending a significant amount of her time in the northern region.

InterGrain Marketing Manager Ash Brooks said, “We are excited for Shannen to join our marketing team to assist in promoting our strong product offering across all grain growing regions of Australia”.

“Shannen brings a well-rounded understanding of WA farming systems to the role, and we’re looking forward to her working closely with growers to extract the productivity gains available from our new wheat and barley varieties.”

In accepting the role Shannen said, “I’m really looking forward to the new challenge, building relationships with advisors and growers, and getting on farm to assist growers in choosing the right varieties for their farming systems.”

A large attraction to the role for Shannen was working with breeders, technical, commercial and support staff under one roof, a great opportunity to broaden her knowledge of the whole grains industry supply chain.

“It’s a very exciting time to be joining the InterGrain team. The varieties we have available are not only high yielding but offer significant agronomic advantages and I’m looking forward to seeing these varieties integrated across northern WA farming systems.”

Shannen’s appointment reinforces InterGrain’s long-term commitment to cereal breeding across the state, and Australia, by providing growers and advisors with greater access to varietal information on the most suitable, stable and highly productive cereal varieties.

For information on InterGrain varieties don’t hesitate to contact Shannen on 0408615431 or sbarrett@intergrain.com