So far 2021 has been a RockStar season. A combination of good subsoil moisture, an early break and ongoing rainfall throughout the season has provided ideal conditions for this mid-slow Australian Hard (AH) and Australian Hard Noodle (AHN) wheat.

In its second season, RockStar has provided growers with a variety which can be sown earlier (late April to mid-May) to spread the flowering window and has exceptional yield potential.

This season, Dumbleyung grower Shayne Smith, put RockStar to the test over a large portion of his cropping program after bulking it up last season.

“RockStar was the highest yielding wheat in our program last year. I was surprised it performed as well as it did due to the late break and limited rain throughout the season,” said Mr Smith.

“We were looking for a longer season AH variety that could fill the gap in our sowing program between planting barley and complement our other two wheats, Scepter and Vixen. It looks like RockStar will fit that purpose.

“Comparing this season to last is like comparing apples to oranges. RockStar managed to perform well after a tight finish and lower rainfall last season.

“This year will be a useful comparison to test RockStar ’s performance in a better year. The season has been very promising across the farm with 450-500 mm of rainfall year to date.

“We experienced the wettest July on record across the farm and the wheat seems to have held up better than our barley in the really wet areas.

“The longer season seems to have suited RockStar . The crop still had some green in it in late October and the rains throughout October have really assisted grain fill.

Shayne split the sowing date of his RockStar ranging from the first to the last week of May to spread the flowering window and minimize the frost risk.

“Frost is always something that we are mindful of and having flexible sowing dates is important. The three varieties in our wheat program have different maturities to spread the flowering times and the risk of frost.

“We’ve been very fortunate to have missed a major frost event across our farm this season.” 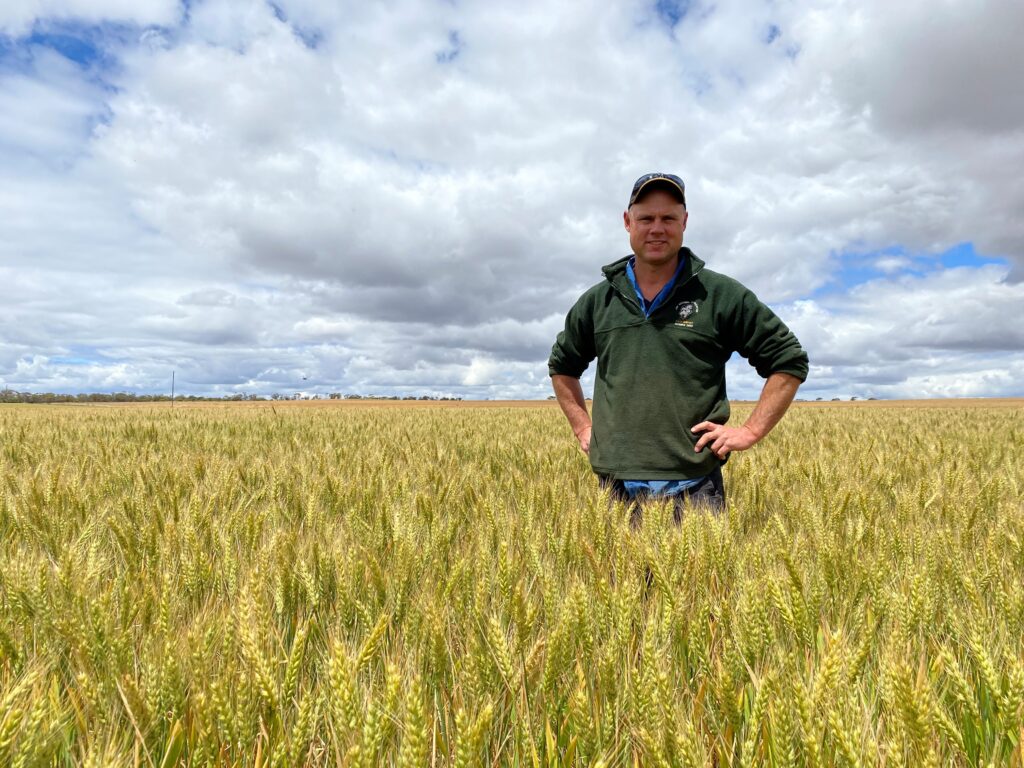 According to InterGrain’s Territory Manager for Southern WA Georgia Trainor, RockStar has been welcomed by growers as a high yielding variety which has consistently performed across different environments and sowing dates in national InterGrain and NVT trials, highlighting its yield stability.

“Another bonus for growers is its dual classification of AH and AHN (Australian Hard Noodle), giving flexibility in markets at the end of the season.

“We are looking forward to seeing how RockStar performs this harvest. It will be great to see the results following a good rainfall season.”

RockStar is available through WA Seedclub Members and is a farmer-to-farmer trade approved variety.

The latest @NVT_Online MET results are definitely worth a look! Great to see #Vixenwheat topping the 2021 charts, on average, within the WA main season trials 🏅.