Trent bulked-up the new quick-mid Clearfield® barleys, Commodus CL and Maximus CL in the same paddock, with a keen eye on their performance compared to program stalwart Spartacus CL.

“It’s been a tough year weather wise for the area with a late break and only 180mm of rain for the growing season, with 35mm in November, right at the start of harvest, compared to an average growing season rainfall of 350mm” Mr Harris said.

“We have always liked the early vigour of Compass for weed control in our lighter paddocks, so Commodus CL was an obvious choice for us.

“We have a lot of sands across the property so Commodus CL will have a great fit on those soil types and we’re planning to use Maximus CL in the loamier paddocks.

“The Commodus CL has good early vigour and covered the inter-row really nicely, like we’d expect from the Compass plant type.

“In early spring I wasn’t confident in the season and unsure how it would handle the hard finish, but it stood up well and with a good grain size it fell in the bin beautifully.

Commodus CL certainly delivered for the Harris’ yielding 3.5 tonnes per hectare, after being sown at 60kg/ha on the 20th of May.

“We were pleased with the yields of Commodus CL given the season and quality stacked up too, with screenings of 3.9% and test weight of 73kg/hl.

As well as being very happy with Commodus CL’s performance in a tough year, Trent said he was also impressed with Maximus CL.

“The Maximus CL looked great throughout the season and ended up yielding comparably to Commodus CL, with a few hundred kg per hectare the difference.

“We have retained all our Commodus CL and Maximus CL seed for next seasons barley program. We see the two varieties offering us flexibility across our different soil types. 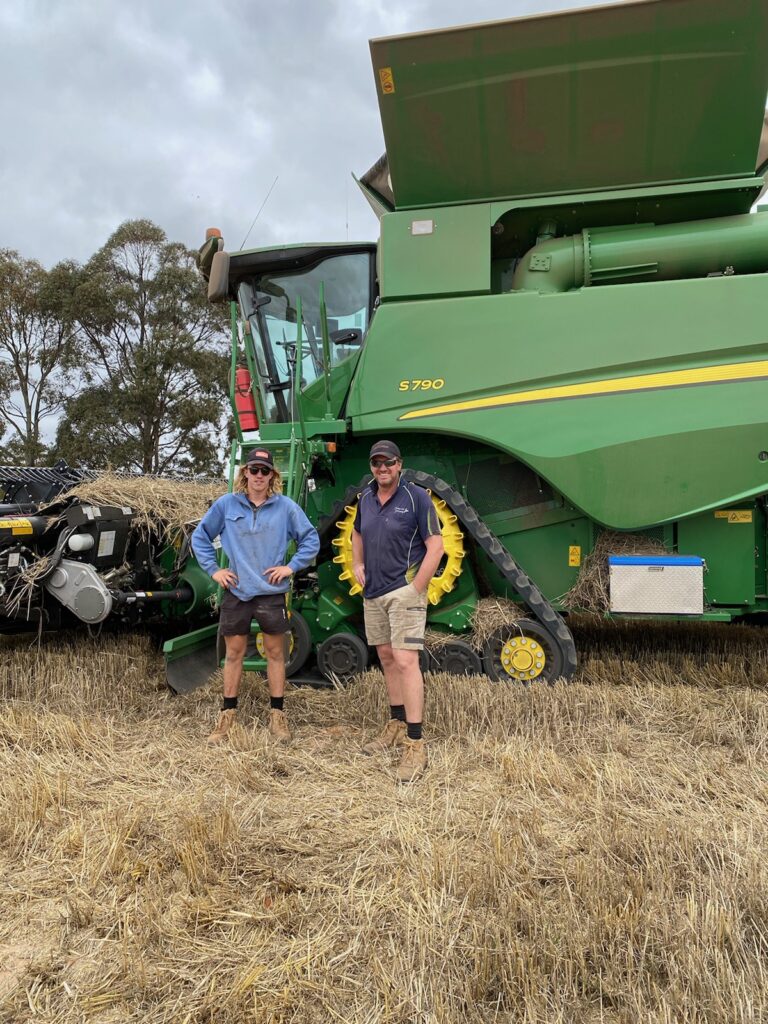 According to InterGrain barley breeder, David Moody, Commodus CL has been bred as a high yielding option for growers in lighter soil types in low to medium rainfall areas.

“Grower interest has been exceptional this season due to interest in a Clearfield® variety with similar agronomic attributes to Compass.

Commodus CL adds to the InterGrain suite of Clearfield barleys which provide rotational flexibility when other Clearfield and/or IMI tolerant crops have been grown the previous season and where there are residue concerns.

Whilst Commodus CL is an agronomically effective variety it has a medium head loss risk and similar lodging tolerance to Compass and harvest management strategies may need to be considered in higher yielding seasons and/or when harvest delays may occur.

#MaximusCL up and away at Northam, WA after being sown early May into marginal moisture 💪🏼 @SandonKnipe @G_ctrain