Barley yield is king at Kellerberrin

For Alex Leake of ‘Cardonia Farms’ at Kellerberrin, 200 kilometres east of Perth, yield is king when it comes to barley, which means InterGrain’s high yielding malting barley Maximus CL will likely rule over his barley program next year.

Bulking it up in 2021, he’s already witnessed the benefits of its effective disease resistance and its flexibility for his cropping program.

With good growing season rainfall, he also expects his Maximus CL will yield well at the business end of the season.

Mr Leake this year has bulked up Maximus CL, to assess its performance versus Spartacus CL and InterGrain’s feed barley Rosalind, across about 300ha.

“While the improved yield of Maximus CL makes it really a no brainer for us, I also saw that our neighbours were making the move to Maximus CL, so it made sense for us to join them and potentially deliver into segregations that might become available at harvest,” he said.

Maximus CL received malting accreditation in February and therefore there will be limited segregations available for Maximus CL for the 2021 harvest.

On the all-important weed control front, Maximus CL has given Mr Leake an extra weed management tool for use within the barley rotation of his 2021 cropping program, which also included 2850ha of canola, 3600ha of wheat and 1300ha of lupins.

“This is especially important where we have brome and barley grass issues, which is when Maximus CL comes into its own, as has Spartacus CL.

“As we also use Imidazolinone tolerant canola, having the Clearfield® technology in Maximus CL gives us a safe plant back option on those canola paddocks.

“While barley is typically a smaller crop for us, it’s an important one for our challenging paddocks, especially where we have lower lying, saline areas,” Mr Leake said.

Maximus CL’s breeder, David Moody said the quality attributes of Maximus CL have the potential to add value right across the supply chain.

“InterGrain has always been about breeding barleys that meet the demands of the entire barley supply chain,” Ms Walmsley said.

“A quick to mid-maturing variety, Maximus CL should improve grower profitability due to its superior disease resistance, improved grain size, Clearfield® tolerance and improved yield, whilst providing a real path to malt markets. 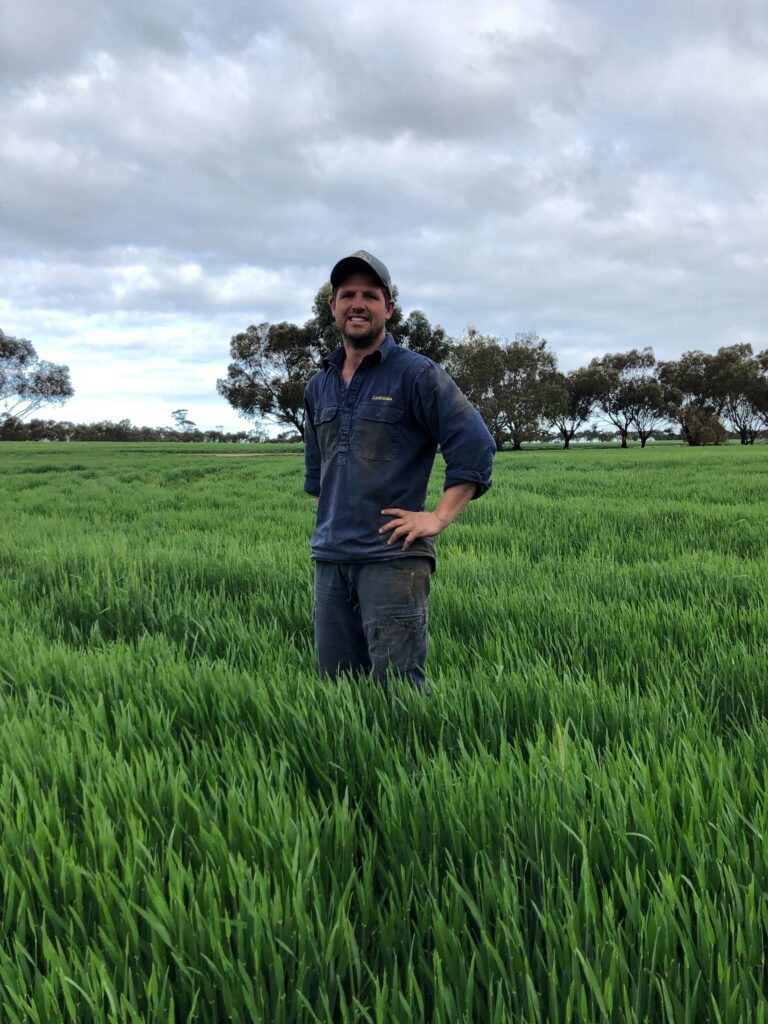 Kellerberrin grower Alex Leake says yield is king when it comes to barley which is why he’s bulking up InterGrain’s Maximus CL.