Barley made a comeback on Hukerari farm, Quairading this season as Craig Anderson was keen to use the Clearfield® barley system within his rotation to broaden his weed control options.

With the good start to the season Mr Anderson was able to get a good knockdown on the paddock and followed up early post-emergence with Intervix at 500ml, targeting brome and barley grasses.

“We’ve noticed that brome and barley grass have been an increasing issue over the past couple seasons due to the later breaks and we needed to introduce another chemical group option into the system to improve early-season control,” said Mr Anderson.

Craig and his family run a mixed cropping and sheep enterprise. In addition to barley, this season they’ve sown 1000ha of wheat, 200ha to canola and 250ha to lupins, oats, and along with running 1600 Merino ewes.

In choosing barley varieties this season Mr Anderson opted for Spartacus CL , whilst bulking-up Commodus  CL, with plans to sow his entire barley area to Commodus  CL next season. The variety’s early vigour and weed competitive abilities were of particular interest having grown Scope CL  previously.

“The Commodus was sown on the 6th of May at 20kg/ha and we applied 500ml of Intervix in early July at the 5-leaf stage and it’s done a good job of cleaning up the brome and barley grass across the paddock this season, although expect it will take us a couple of years to get on top of the weed seed banks.

“The Commodus looked great from the start, very quick to get going, with its vigorous growth habit and ability to shade the inter-row. At the end of the season, it was reasonably tall, and this made harvest a lot easier.

“Considering the low seeding rate, we were really happy when we put the header into it, and it averaged 3 tonnes/ha.

“The season was kind to us and in some areas of the paddock, the heads were 18 grains high and we were really happy with the grain size and our screenings were low.

“We have retained all seed harvested and intend to plant our entire barley program to Commodus next year after a good result this season.

“The combination of its yield, the Clearfield® technology and the vigorous plant type makes Commodus a really good fit for our system. 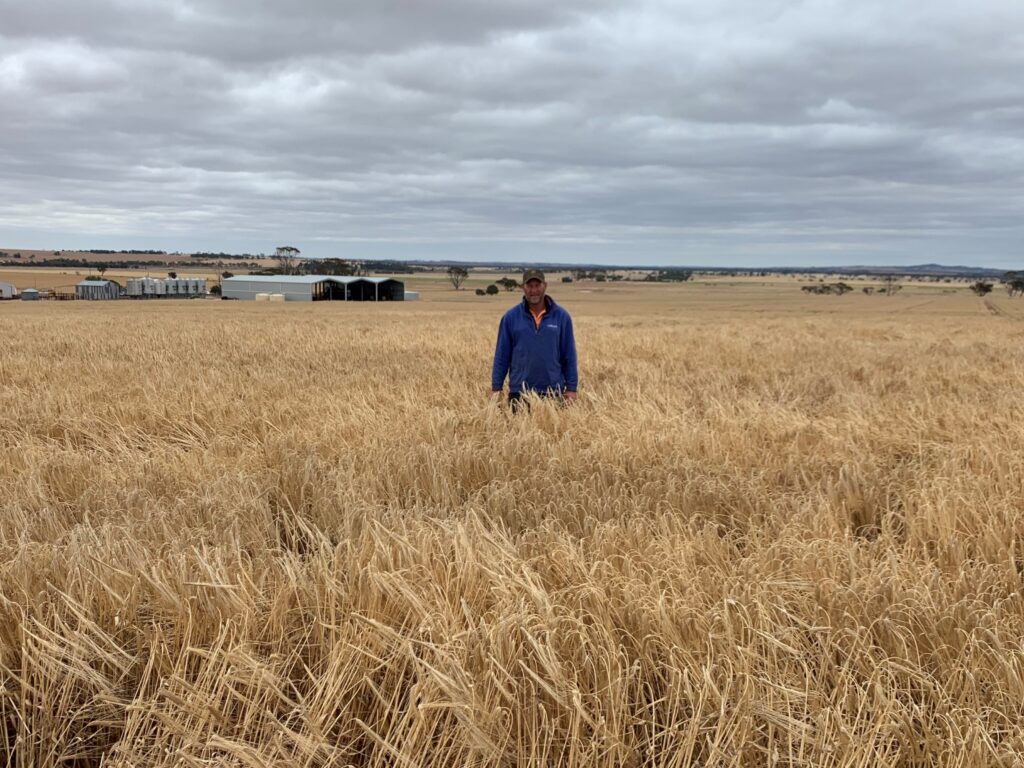 According to InterGrain barley breeder, David Moody, Commodus  CL has been bred as a high yielding option for growers with lighter sandy soils in low to medium rainfall areas.

Commodus CL is another high-yielding option for use within the Clearfield® barley rotation, although offers an alternative plant type to Spartacus CL and Maximus CL,” Mr Moody said.

“Grower interest has been very good this season due to its agronomic similarity to Compass . Demand significantly exceeded seed supplies in its first season and seed sales for next season are also very high.

Commodus  CL seed is available for planting in 2022 from Seedclub members and local resellers. For more information about Commodus  CL contact InterGrain Central and Southern Territory Manager, Georgia Trainor on 0439 093 166 or gtrainor@intergrain.com

The latest @NVT_Online MET results are definitely worth a look! Great to see #Vixenwheat topping the 2021 charts, on average, within the WA main season trials 🏅.

#Kingbaleoats out of the shed and heading on farm! Looking forward to seeing our first IMI oat in paddocks this season. For more: 👉 https://t.co/1CAH7D8hwN