InterGrain’s Combat , the highest yielding barley variety in Western Australia in the 2021 National Variety Trials, is set to win the feed barley battle, with yields above the benchmark variety, Rosalind .

“During four years in InterGrain yield trials and one year in NVT, Combat performed consistently well across a range of cropping regions, particularly in environments below 3.5 tonnes per hectare.

“Combat has a much larger grain size than Rosalind resulting in improved grain plumpness.

“Combat gives growers an exceptionally high yielding, mid-season feed barley and is an ideal variety when growers are looking for sowing date flexibility, capable of being sown from late April to late May,” Mr Moody explained.

Combat is available for planting in 2023 from InterGrain Seedclub members and resellers. 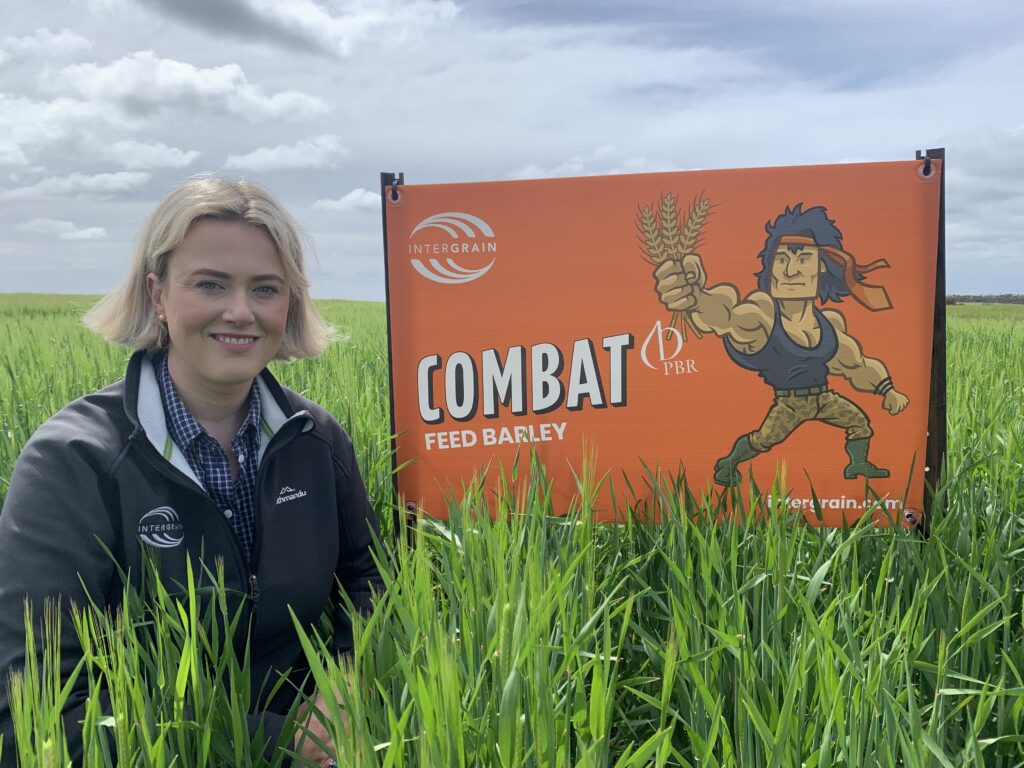