Exceptional yield and quality over the last few seasons were the deciding factors for Coorow grower Gavin Broun to expand his Vixen plantings this year, making it his main wheat variety in 2022.

Gavin said he trialled quick maturing, Australian Hard (AH) and Australian Hard Noodle (AHN) Vixen in 2019 across his Coorow and Carnamah properties and has been suitably impressed over the last three years.

Gavin along with his wife Christine and parents Winston and Maureen, operate a 2200-hectare mixed cropping farm, with approximately 1100 ha of wheat and the remainder of the program planted to canola and lupins.

Vixen , WA’s highest yielding* wheat caught Gavin’s eye in the National Variety Trials (NVT) where he hosted the Coorow NVT site on his property in 2017 & 2018.

“We saw Vixen early on in NVTs and were impressed with its ability to yield well in tighter finishes, so jumped at the opportunity to bulk it up in 2019,” Gavin said.

“Vixen has proven a great fit for our system, particularly with its ability to handle the drier seasons which we see up this way fairly often – when the tap turns off in the middle of August, as it did in 2020, we saw Vixen ’s ability to hold on and maintain its yield and grain quality.

“We know that we are trending towards quicker finishes which is where we see Vixen as being a very reliable option for our system.

With excellent results over the last few seasons, Gavin replaced Scepter in his wheat program with Vixen this season.

“Last year we were impressed with Vixen ’s yield in a longer growing season. In the past we have found the quick maturing wheats haven’t had the top end yield in the better seasons and have been pleased with Vixen ’s performance across a range of seasons.

“Frost is not typically a challenge for us in the north however, we did see a bit of frost damage across the farm last year and we learnt that delaying sowing Vixen until the second week of May is necessary to reduce our frost risk,” Gavin said.

“Vixen ’s grain quality last season was also excellent, our protein was down compared to other years, like most wheat across the region, although Vixen ’s protein achievement was very good compared to Scepter and we had very low screenings across the board. 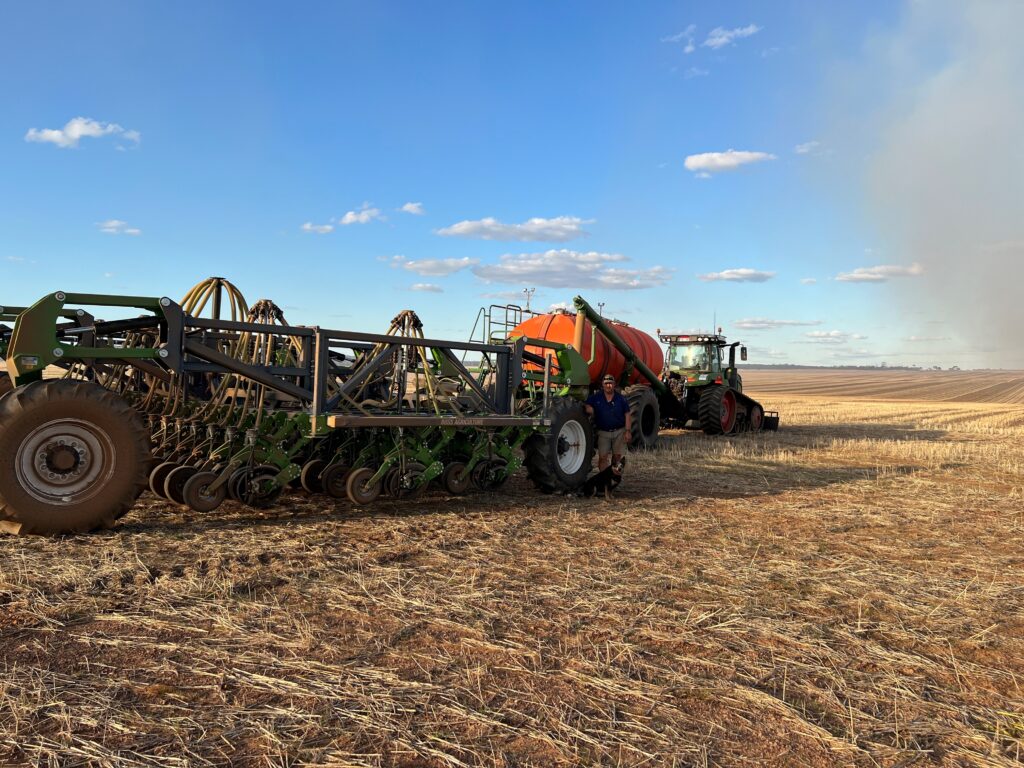 Coorow grower Gavin Broun and his dog Hank have made Vixen the main wheat variety this season.

“Vixen has continued its streak as a stellar performer, as the highest yielding wheat on average based on long-term 2017-21 WA NVT data, highlighting Vixen’s capacity to perform across a range of seasons.

Vixen is available through WA Seedclub Members and is a farmer-to-farmer trade approved variety.